A ‘Need’ to Break the Silence!

The poem Need written by deaf poet Peter Cook and his hearing counterpart, Kenny Lerner was devised in 2008, partly as a response to the wars in Iraq and Afghanistan

The clip below is barely 60 seconds long but extremely intense. Beneath it, I’ve re-posted  the translated transcript of the poem from American Sign Language into English by John Lee Clark whose explanation of his work may be found at Split This Rock.

Further down still, there are reactions from YouTube commentators. This is because I’m wholly unqualified to discuss any sort of deaf sign language and also because it helps to illustrate the thinking of the citizens of the international deaf and hard-of-hearing community. The individuals’ names  and online soubriquets have been removed to preserve their anonymity.

is a pumping drill. The oil sloshes

to the brim. The lid slams and it’s a tanker

spewing smoke. It burps and hisses

into a truck. It barrels through highways. It pours

down underground. It’s a gas pump and a car

and a stopping and a refilling and a continuing.

It pulls over at the side of a tall tree.

It chops and strips and grinds and pounds

and our need is a single sheet of paper

sliding into a typewriter. It folds and licks

and places three stamps and sends on beating wings

to a door opening somewhere. A man reads it and fastens his chin strap, carrying a rifle as bodies

fall and things go up in flames. It finds him

and the coffin lid closes. As soon as it stakes

a cross in salute, the crush comes again

to squeeze the soil for more. O need,

do we need you so much?”

“In Peter S. Cook’s poem titled Need one finds the performer giving a social commentary on the dependence of oil in the world and how the human race uses oil and then becomes the commodity upon death making the cycle of dependency circular. Mr Cook opens and closes the piece by using the X (:05 - :10) and (1:55 – (1:58) hand shape to denote the ASL sign need. With the use of rhyme and rhythm, Cook effectively shows how the cycle completes itself.  The ‘x’ hand-shape becomes the drill which pumps the oil.

“Next, the poet offers exaggerated hand-shapes and extensive use of classifiers and NMS (non-manual signals) to depict the way oil is carried from the well through the pipeline to the large cargo ship. Large flat hand-shapes open (:23 - :37) fives and closed Bs with C hand-shapes. I did not consider these features of the poem for RRM but more as classifiers. However, the meter here depicts the size of the ship being huge and the way it lumbers through the water causes me to consider this a feature for effect so more of an NMS classifier rhyme feature.

“This cargo ship docks and then pumps oil into cars, and semi-trucks that is used in the production of wood. This wood is used to make paper that sends a message via airmail to inform of the draft.  One can see the soldier going off to war where he ends up dying and the pressure drips the life blood out of him (like in the opening). This could be considered a rhyme feature and although not exactly the same, there is a connection with the hand-shapes from the start depicting the oil.  We see many archings which could be considered rhythm.  It has an industrial feel; a rhythm that is felt like an underlying pulse; need - - need - - need, which I felt through the piece.

“Movements which depict meter and tone to exaggerate the way the world uses oil in abundance and keep the flow and beat of the poem.  The pulse feels like one would see in a flashing diner sign, ever present and daunting; seen but unseen. The meter in this performance shows up by the way the poet offers speed with waves, with car exhaust with the emotion of the paper notice of the draft.  Meter seen as NMS, and also speed at which the poem is delivered offers the audience the ability to see key parts as it develops and makes a poignant statement.  I would almost consider this a story but because of the way it is depicted and the way it uses the beginning and end features of a poem I would consider this poetry with rhyme rhythm and meter”.

“American Sign Language (especially when used in poetry) uses a lot of facial expressions... it's akin to using tone of voice when speaking whatever language you speak”.

“Very beautiful and touching. We take all of these things for granted and don't realize what our greed (need) is doing to the world we live in; the world that we should instead cherish and protect. What kind of world have we created for our grandchildren? One of hate and greed and war? Oh God, help us to do better and to change! It is too bad that we can't work together in peace and create a better life for all. Imagine what would happen if we all worked together instead of killed each other....”

Posted by Natalie Wood at 06:40 No comments:

(Source: Times of Israel feature of the international aid and rescue efforts made following the Nepal Earthquake, April 2015 The writer was freelance journalist Melanie Lidman).

The pen, once deemed stronger

than a sword, is now less useful

than a smart phone or indeed

an axe when reporting figures,

facts as the earth cracks and

Mother Nature’s seizure on the world’s

roof sucked. But not as bad as that.

The fancy funds from whence I come –

where every penny counts – shrieked

for coin of every mint wrung from those

who freak at sights of doe-eyed dolls

the scattered chips of stone

they once called home.

I flew in on eagles’ wings

to my strut my journo stuff,

yet was beset by the blur of

not from psalmic hues of sky and sun -

but Day-Glo coloured vests, hats and

We did. A little bit.

of the dead; the looters;

I still blush at what I did – or not.

mended, the starving made replete.

when viewed from the vantage of

an eyrie. But in the flesh they’re

is great. But the mourning after?

PerfectlyWriteFamilyTales: The End of FridayFlash.org.?: In announcement that could well be the opener for a micro-mystery, Jon Strother of  FridayFlash.org has announced the closure of the webs...
Posted by Natalie Wood at 08:12 No comments: 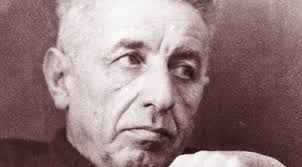